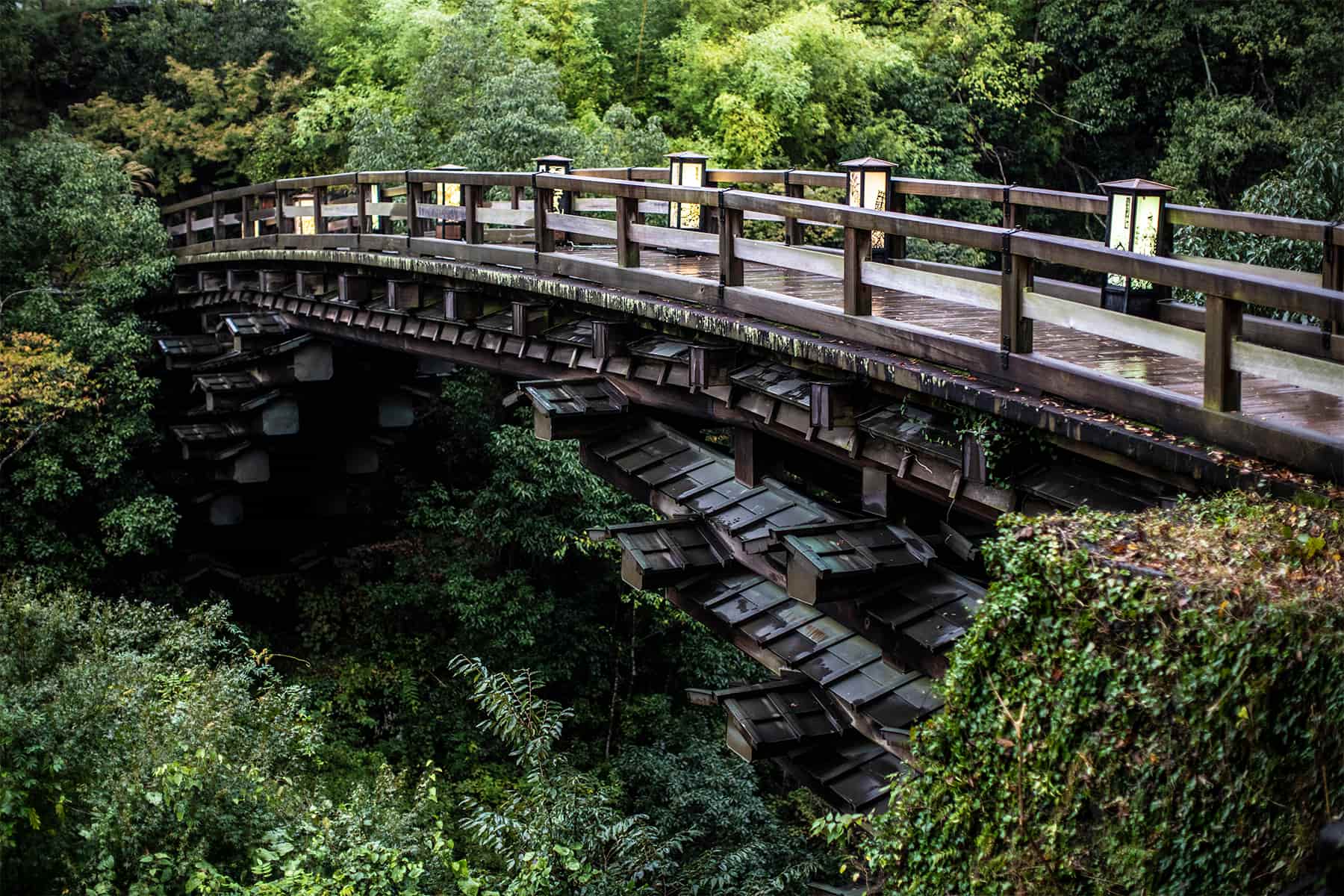 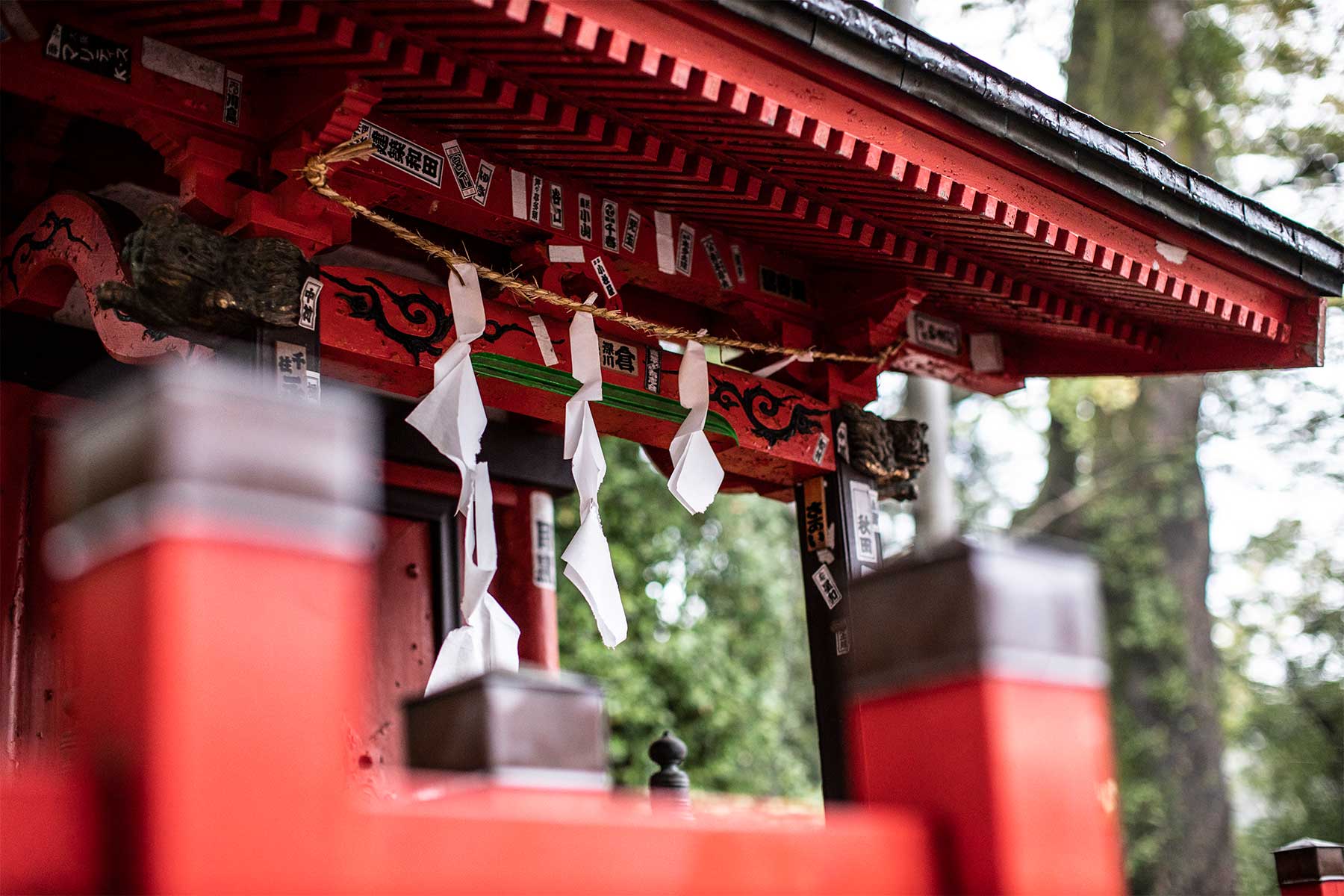 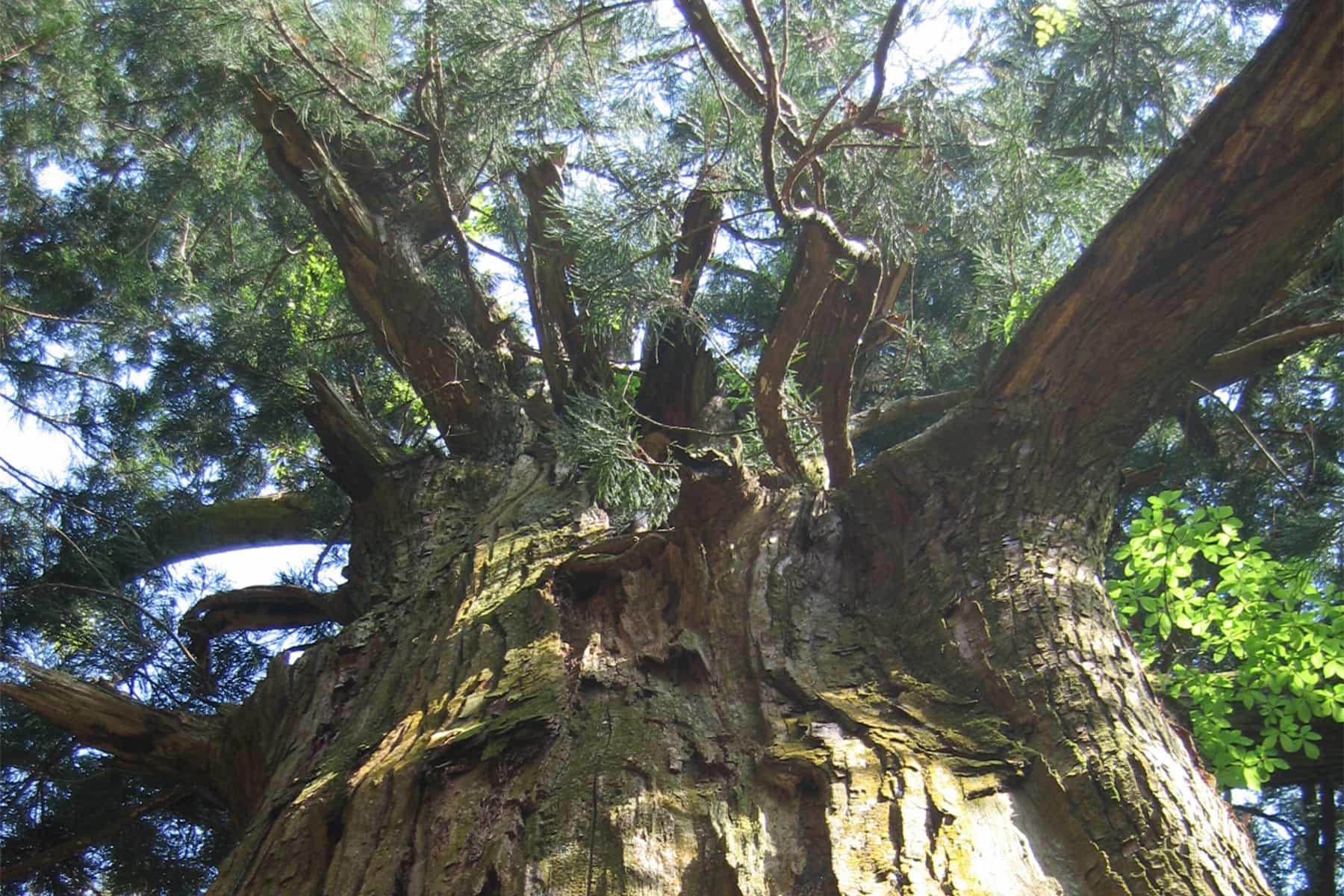 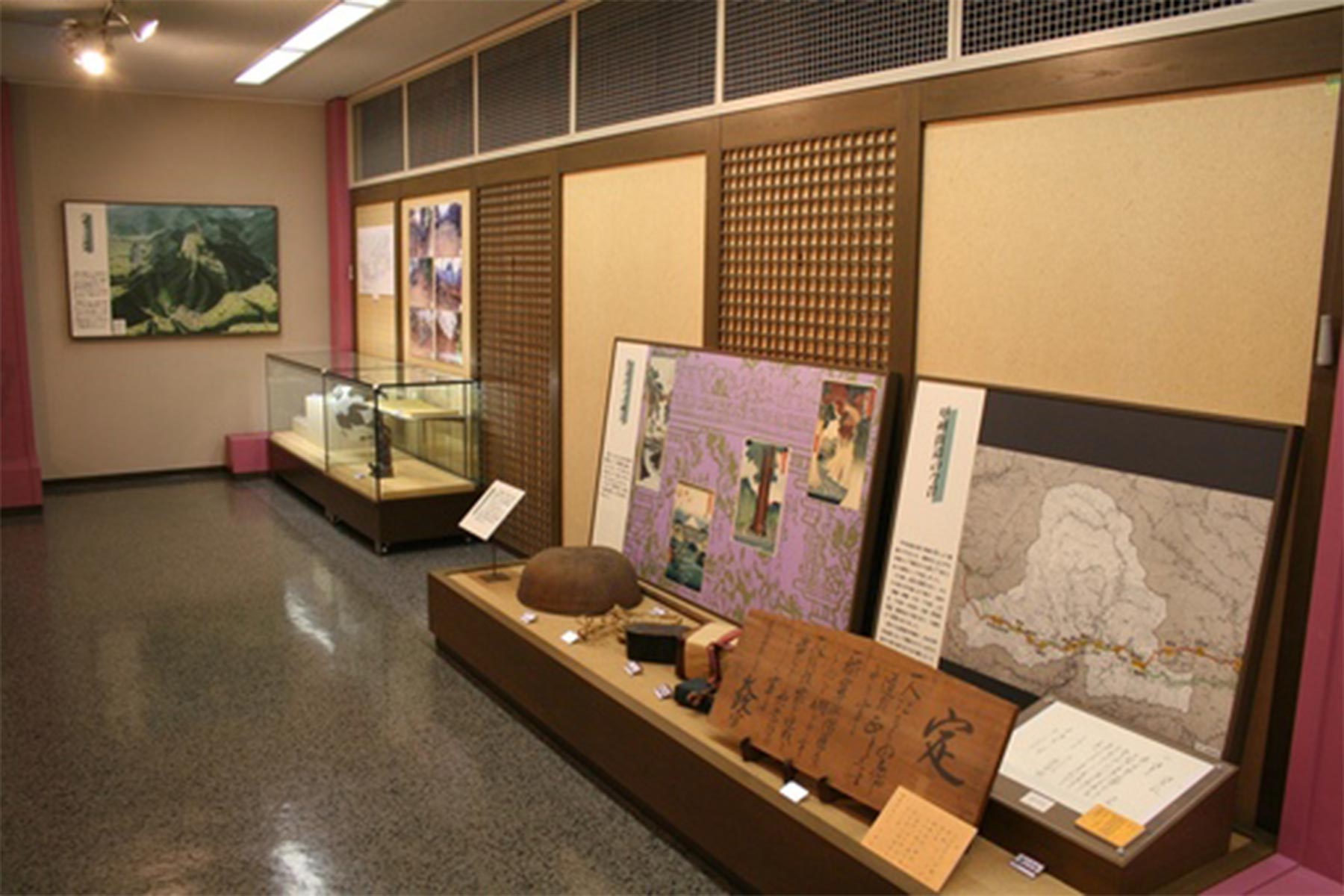 Otsuki is home to both manmade and natural landmarks boasting over a millennium of history, and played a critical role in the traffic of people, products, and culture. So with such an incredibly long story to tell, it’s only fitting that there be a place dedicated to preserving it. 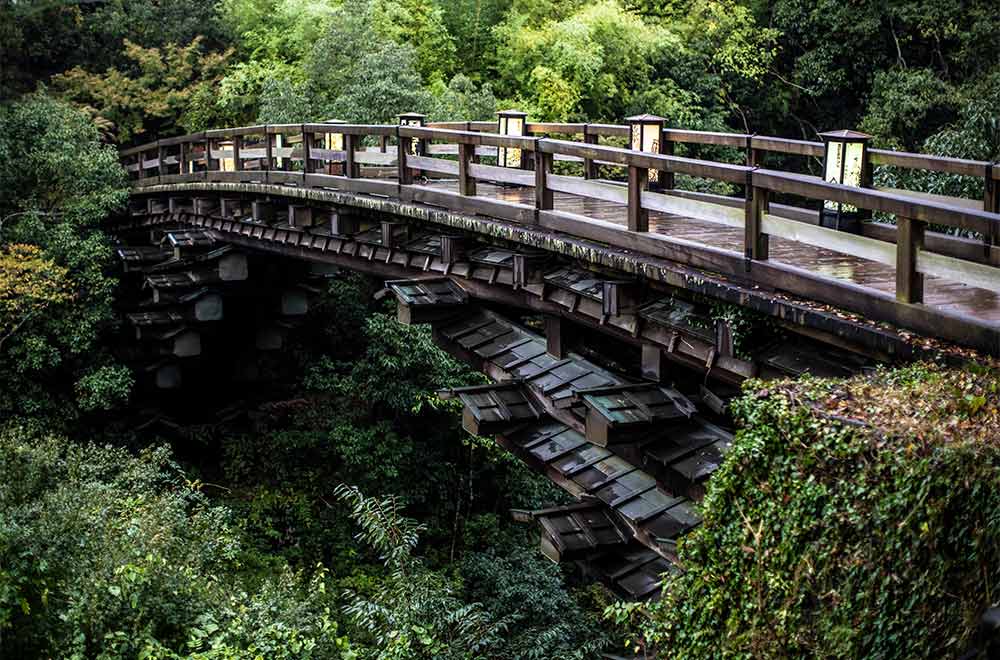 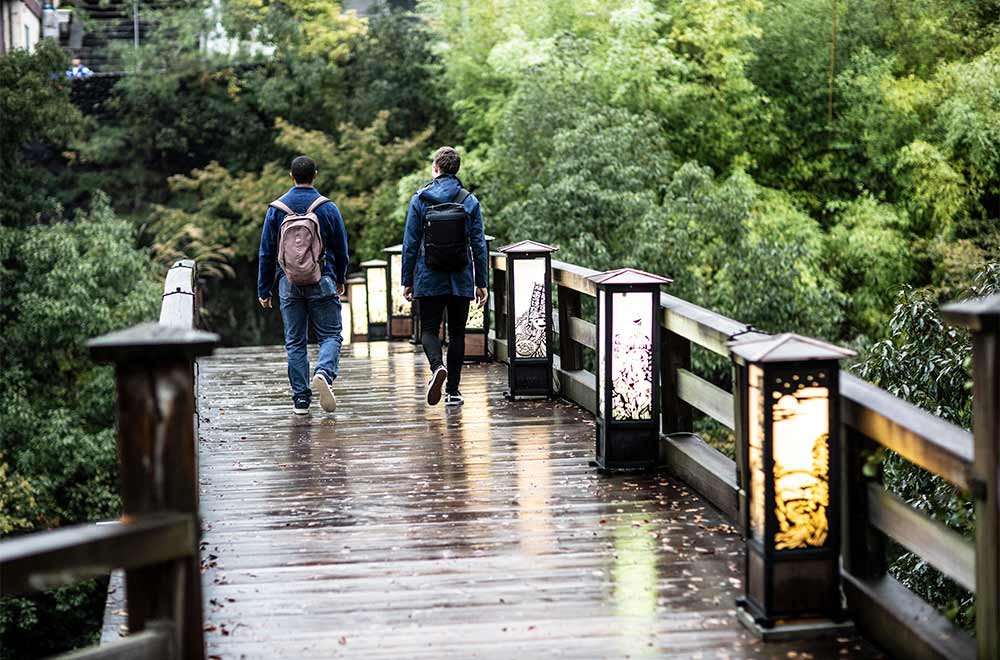 One of the Three Unusual Bridges in Japan, when Saruhashi (“Monkey Bridge”) was first constructed is not clear, but the legend goes that around the year 600, the architect charged with building a bridge across the deep Katsura River gorge was short of ideas until he saw a group of monkeys holding hands to cross the gorge, bringing him his eureka moment for a design to get a bridge across—without any pillars—and the rest was a whopping 1,400 years of history.

Saruhashi served as a key crossing on the Koshu-Kaido highway and the area surrounding the bridge transformed into a town with inns and shops. Given its looks and picturesque surroundings, it has been the centerpiece in works by ukiyo-e masters Hiroshige and Hokusai. 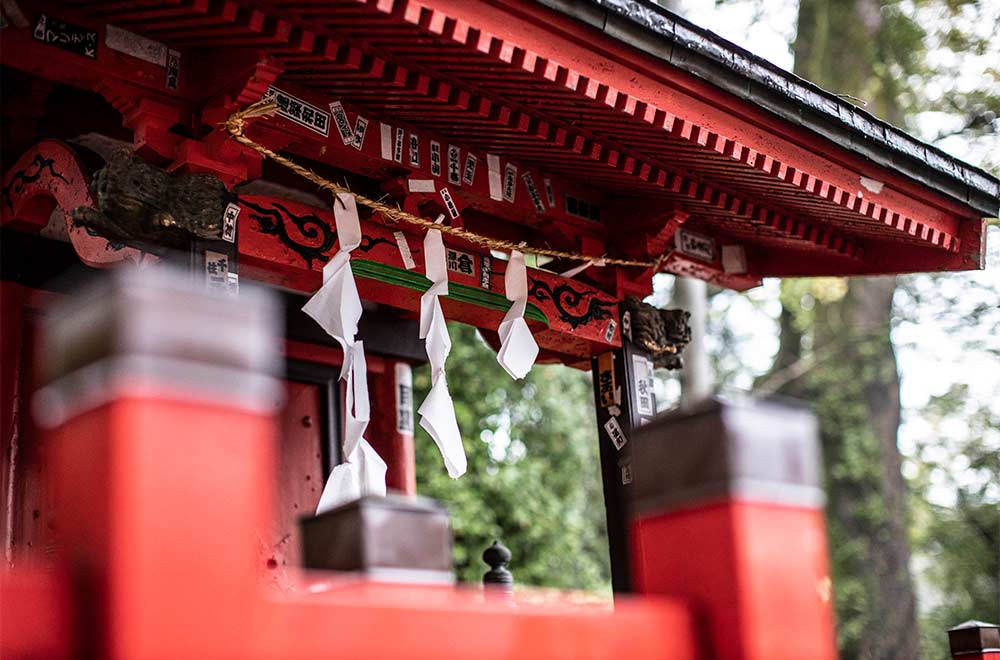 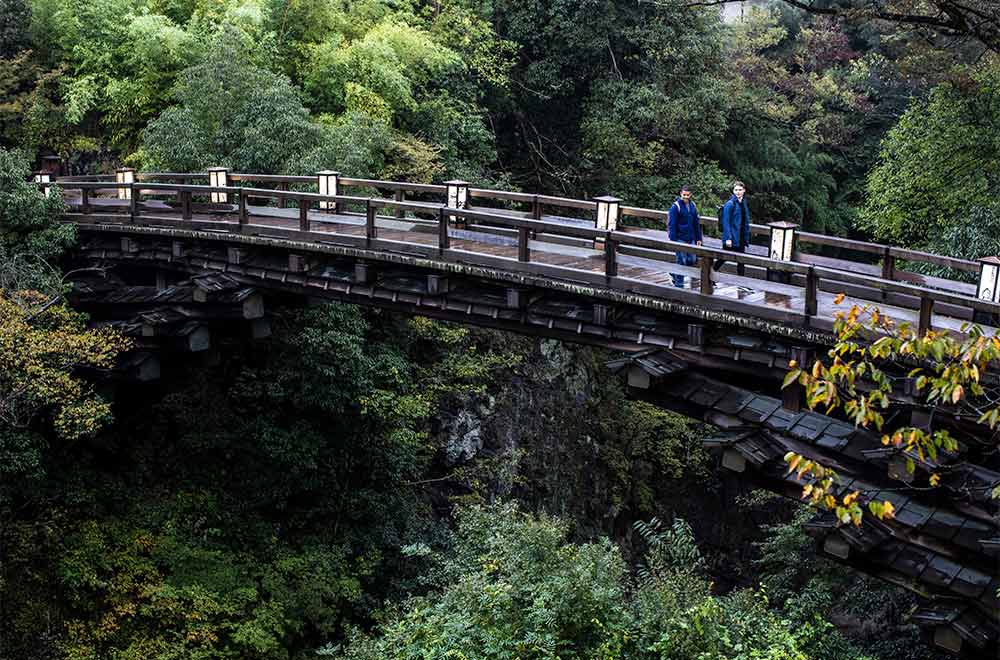 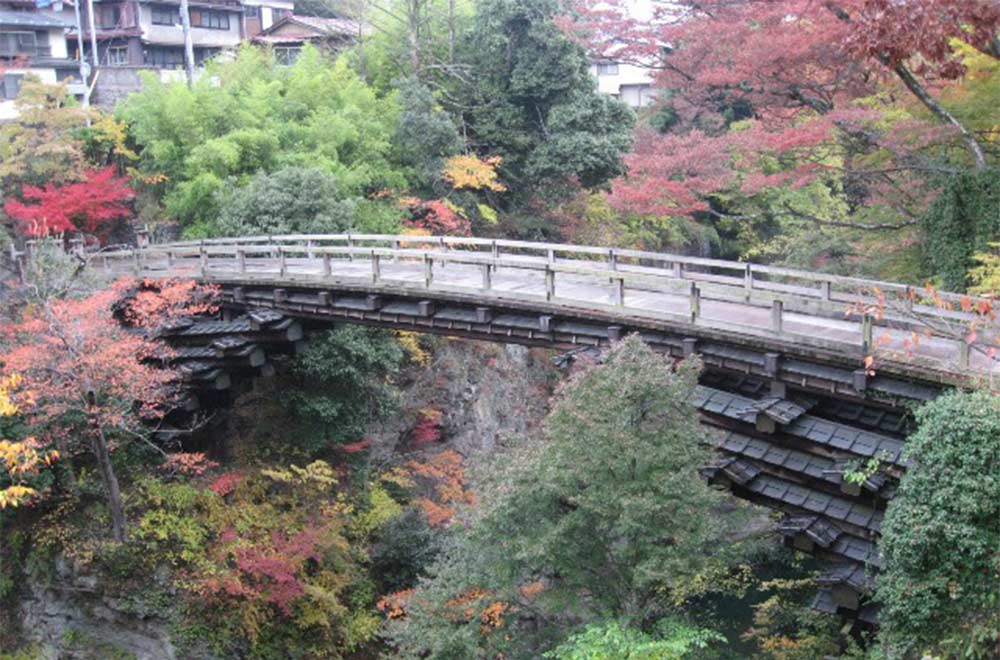 Being surrounded by trees and vegetation, the bridge takes on a different face with the seasons, flanked by lush green in the spring and summer and vivid reds and oranges in autumn.

The bridge is still used today by the local schoolchildren in a curious mix of modern and ancient Japan. Be sure to swing by the local shops to grab some Saruhashi snacks or souvenirs to back with you. 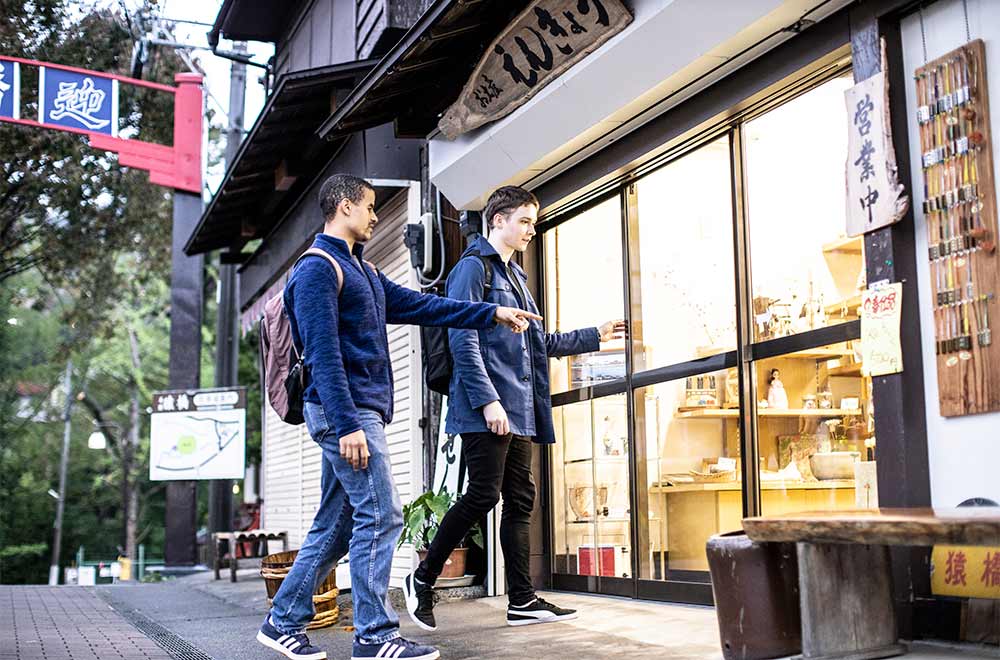 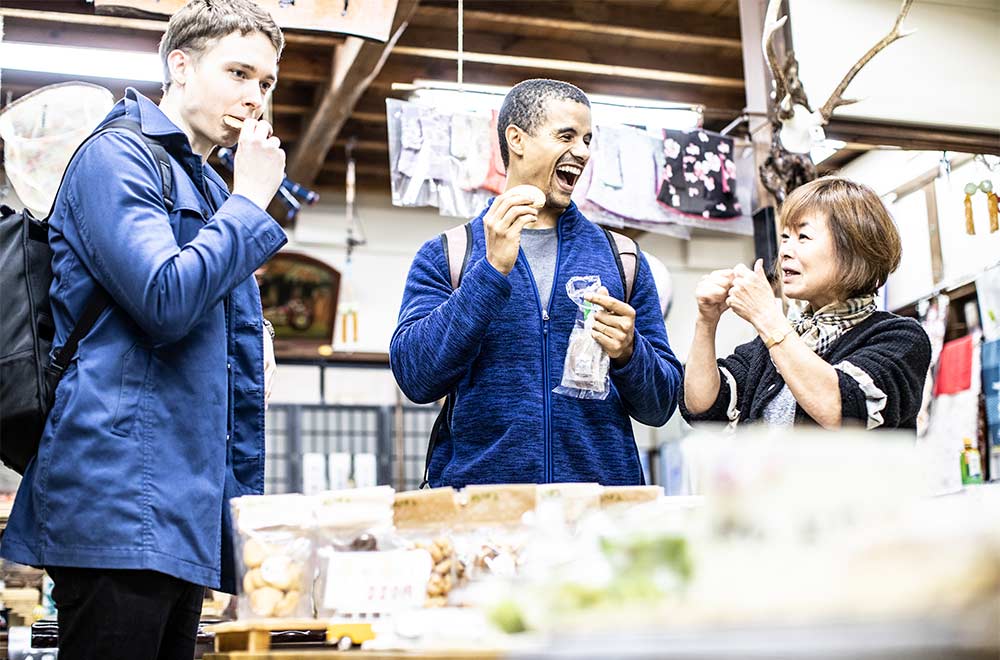 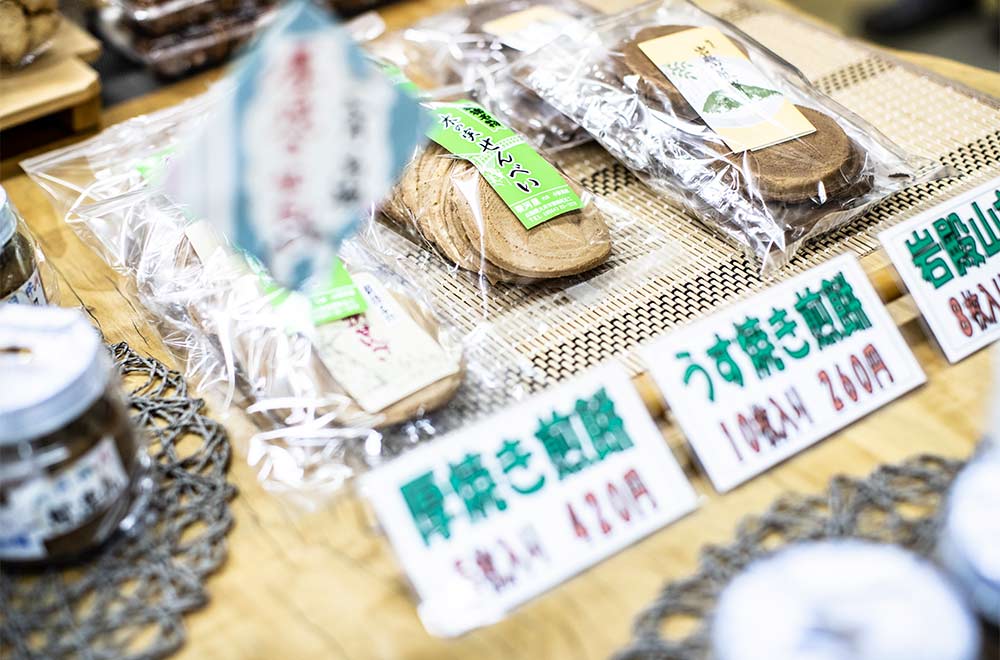 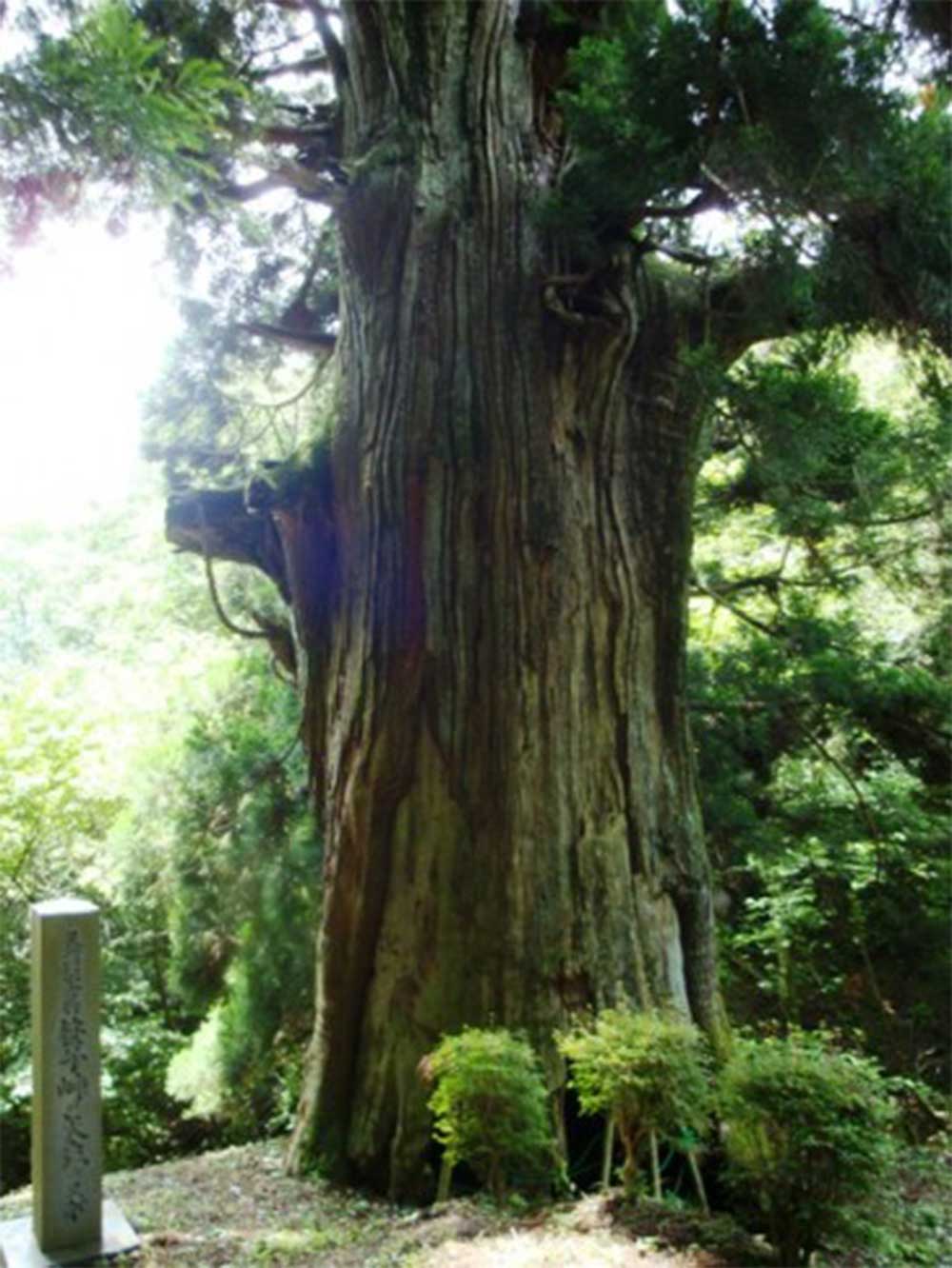 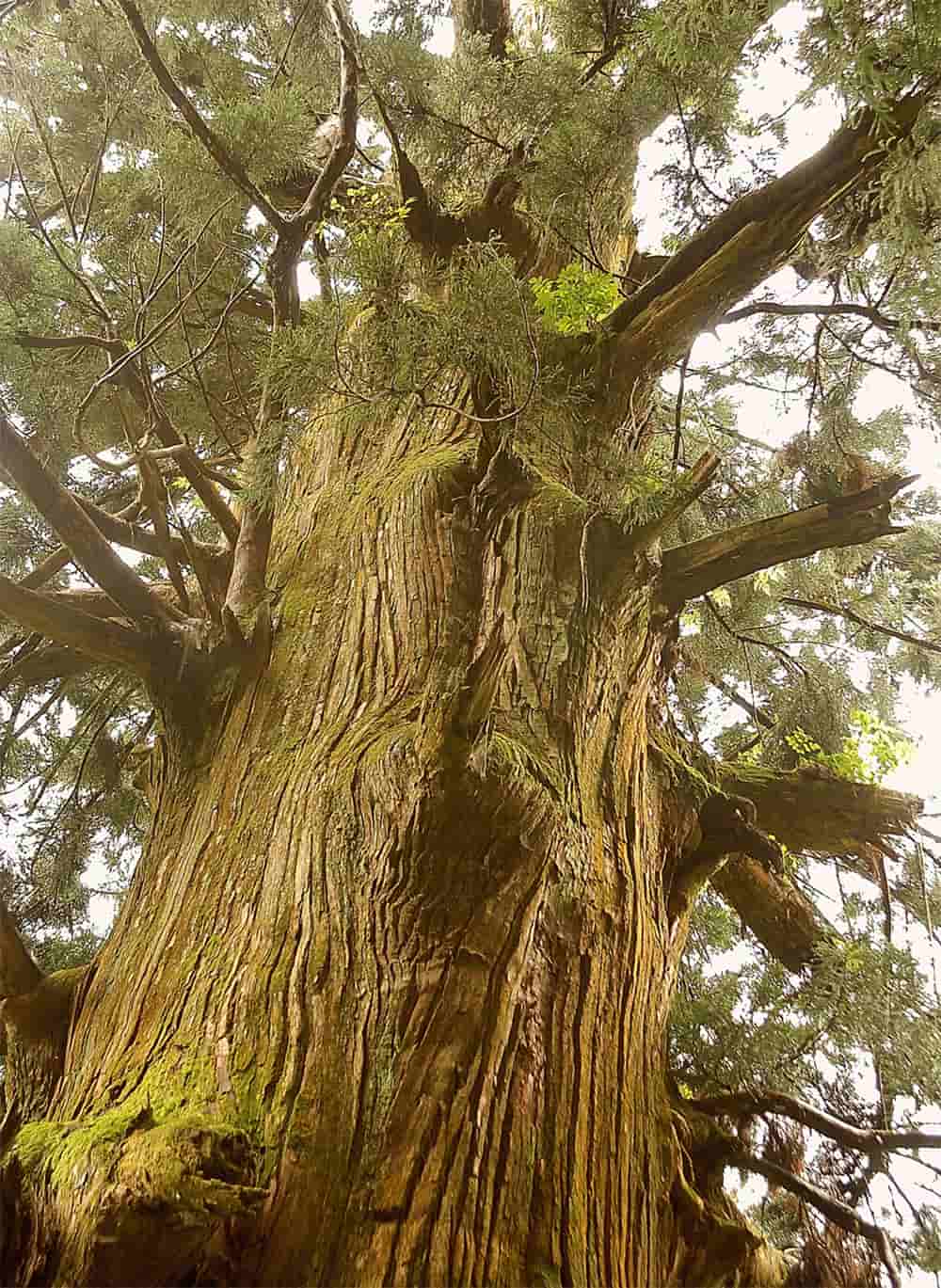 A whopping 28 meters high and 15 meters around, the Yatate Cedar is reputed to be over 1,000 years old, putting it among some of the oldest living organisms on the planet, despite actually being hollow inside!

It’s said that when the founder of the first Kamakura shogunate, Minamoto Yoritomo, came past the tree on his way for a mass hunt near Mt. Fuji, his samurai felt the tree would make for excellent target practice. The arrows they sent flying toward it hit their mark and the Yatate name (lit. “standing arrow”) eventually stuck. Thereafter, samurais passing by on their way to battle would shoot arrows into it for luck. 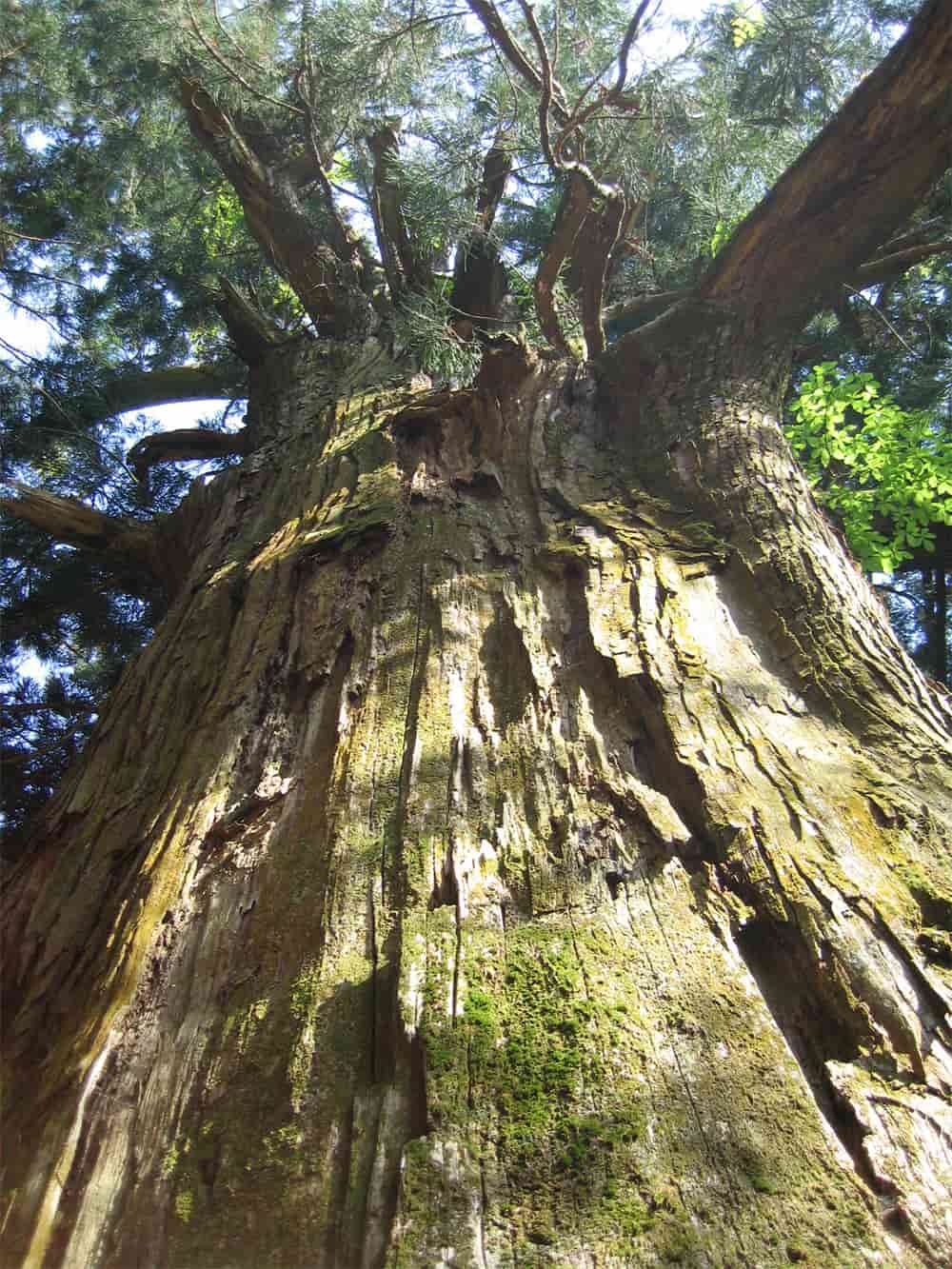 Once the Koshu-Kaido highway was complete and packed with travelers, it became a symbolic part of the journey that raised spirits after crossing the perilous Sasago Pass. And like Saruhashi, it too became an ukiyo-e “model” for Hokusai and Hiroshige in the Edo Period. 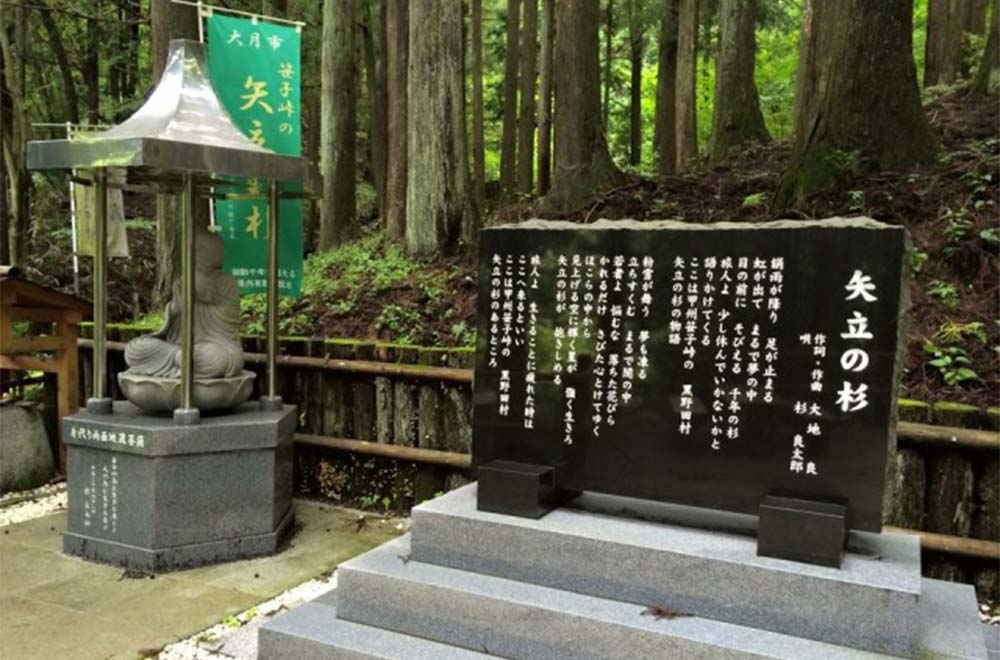 It even features in a song named after it by Japanese actor/singer Ryotaro Sugi (sugi means “cedar”), who dedicated a small memorial to it onsite. 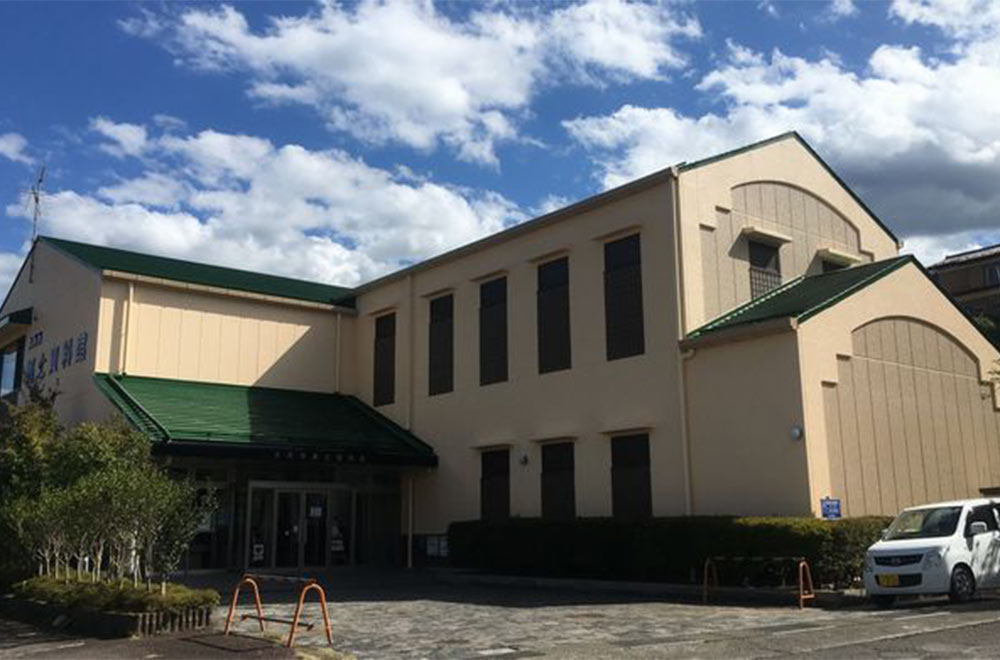 This two-floor museum is dedicated entirely to preserving and displaying the incredibly long history of the Otsuki area.

Archeological digs have unearthed findings that date back to the Jomon Period (14,500–300 BCE) and documents from the Warring States period (15th–16th centuries), but residents have also donated valuable items to the museum to show how everyday life in Otsuki has changed over the years. 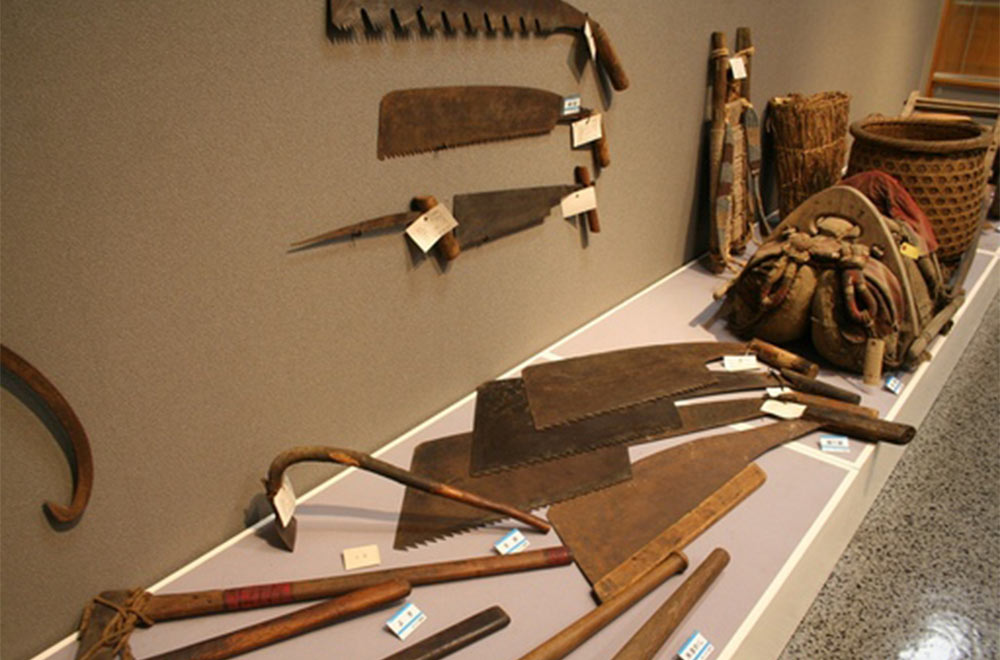 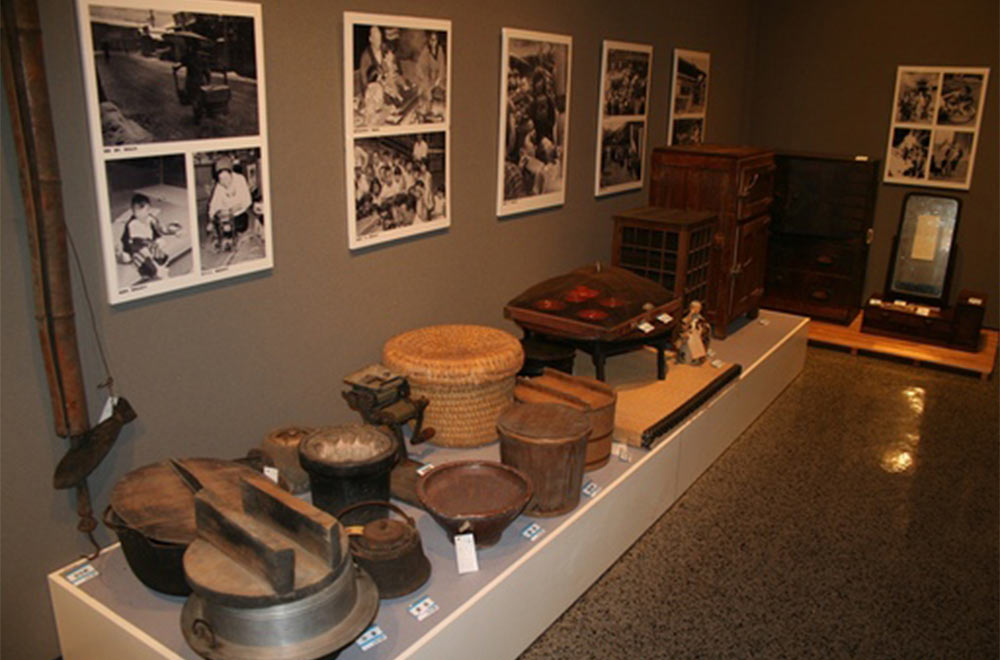 The 1st floor display area includes photographs showing snaps of daily life long ago as well as different items and tools that were common for the era. 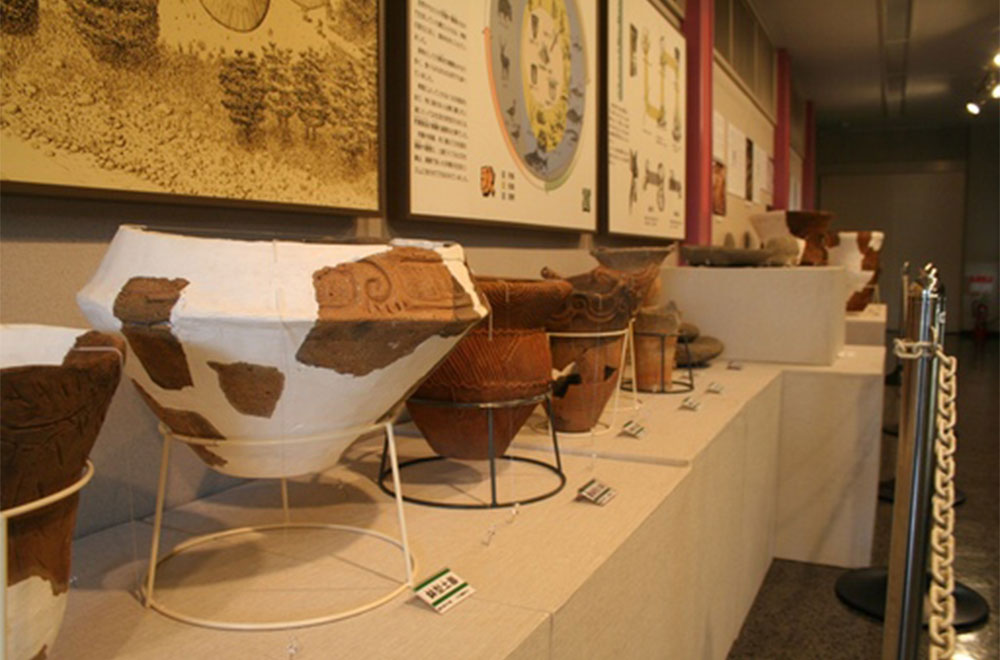 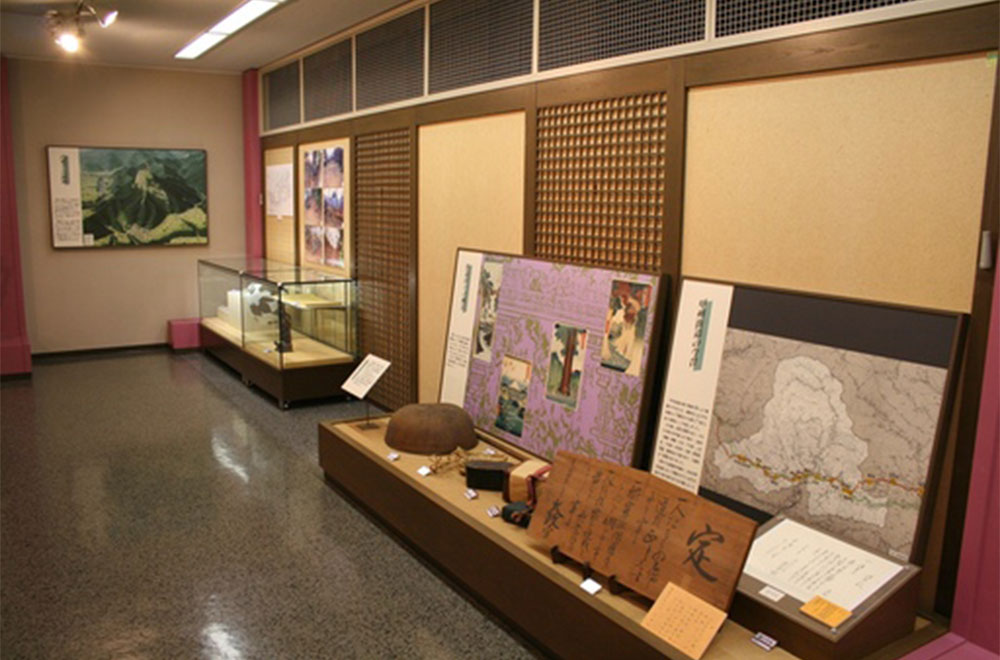 The 2nd floor has a wealth of displays and items communicating the ancient world when Otsuki was still underwater and the Edo Period (1603–1867) when the Koshu-Kaido highway was built to more modern history with the construction of the hydroelectric dam and opening of the first rail services.

This single building houses evidence of the thousands of years that have passed in the Otsuki area and contains the stories of people who shaped its history.