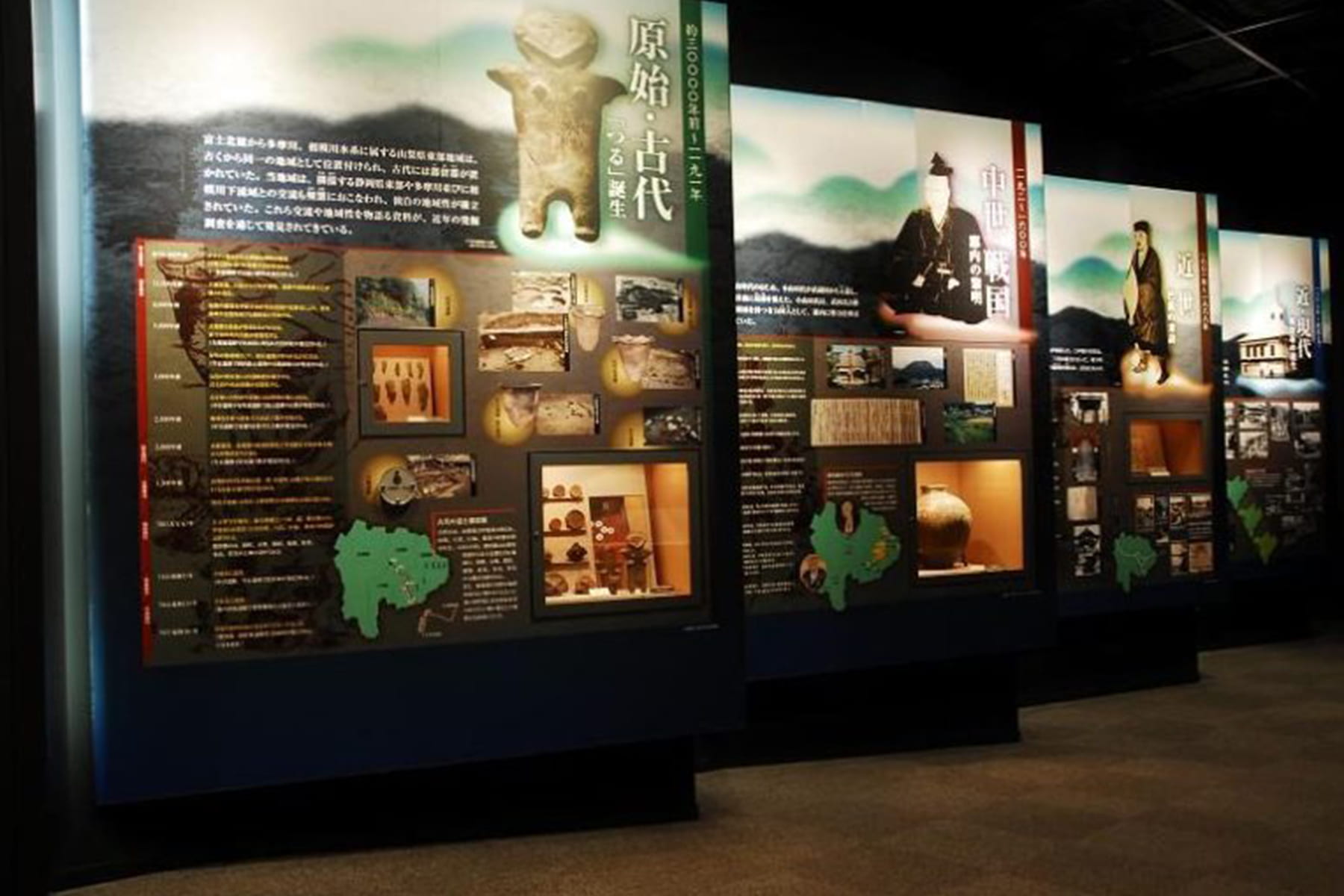 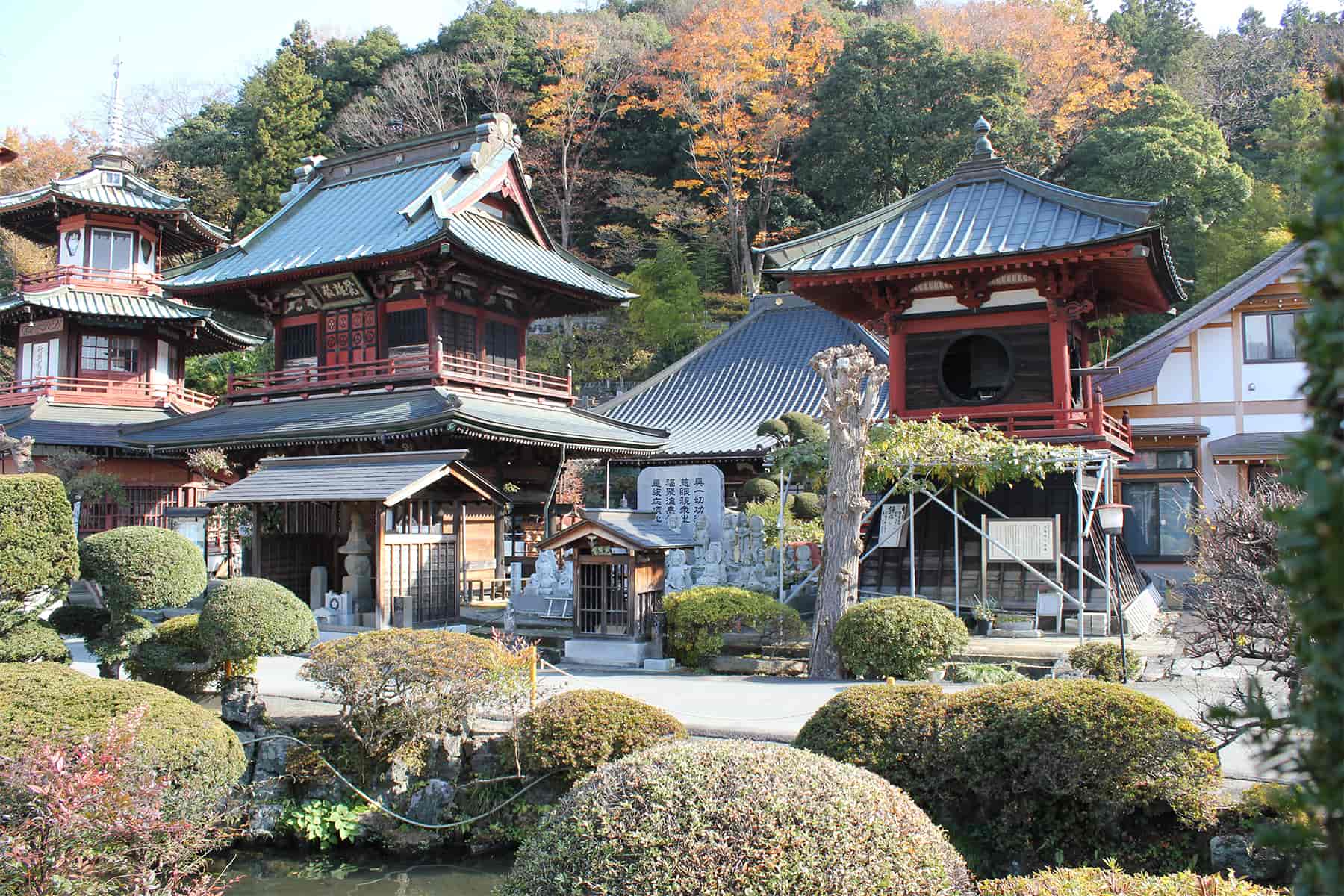 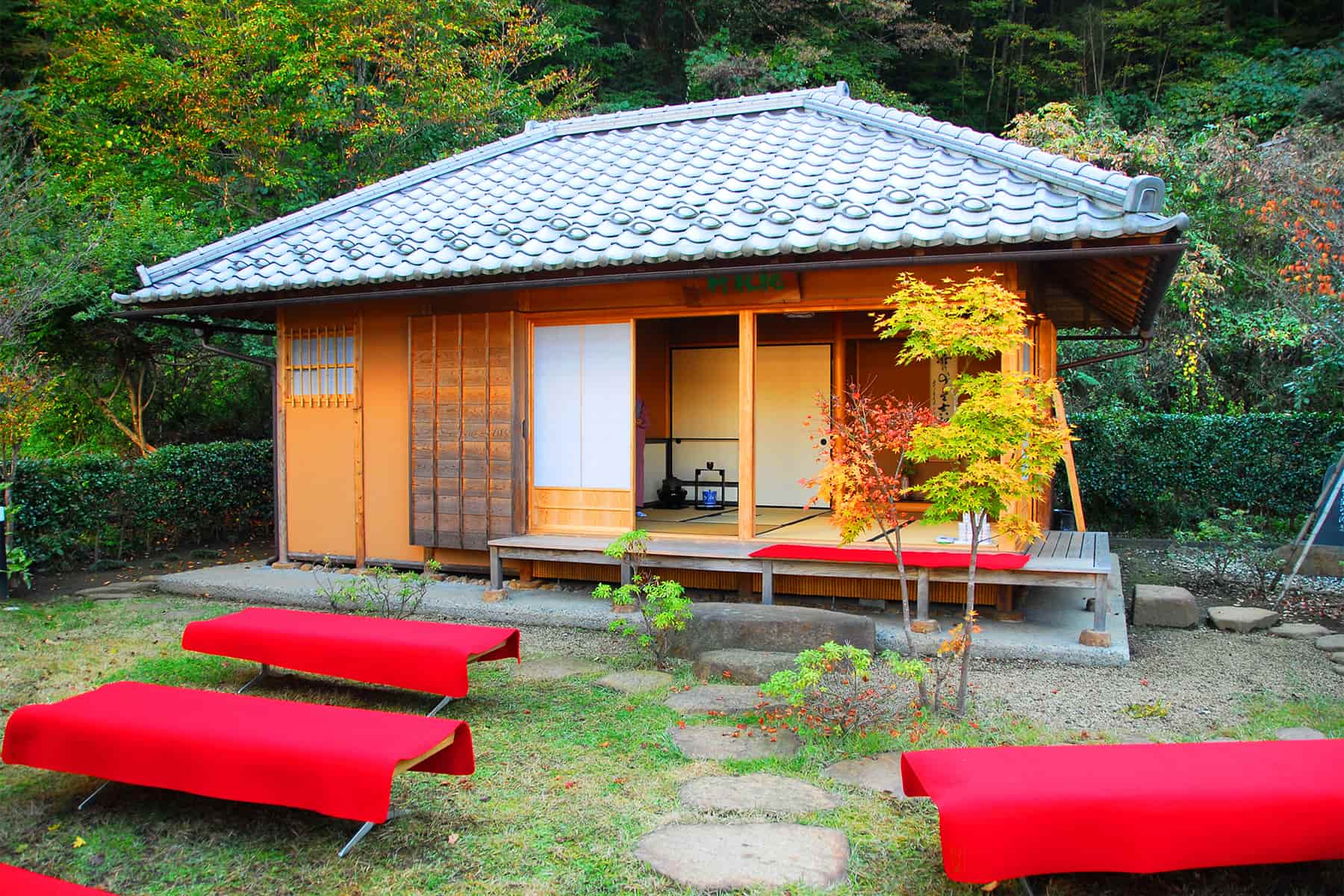 As a former castle town and a central hub of Yamanashi’s eastern region, Tsuru is steeped in history. Exploring on foot is highly rewarding as you’re likely to encounter many pockets of history that still remain: buildings rich in significance, massive trees, and stone monuments adorned with haiku can be found throughout. 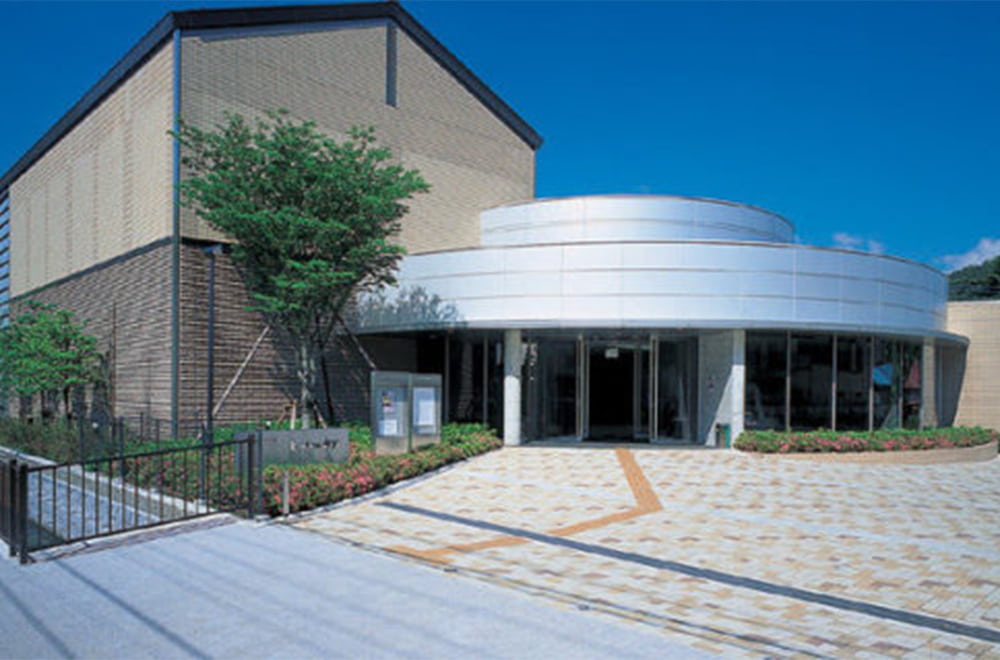 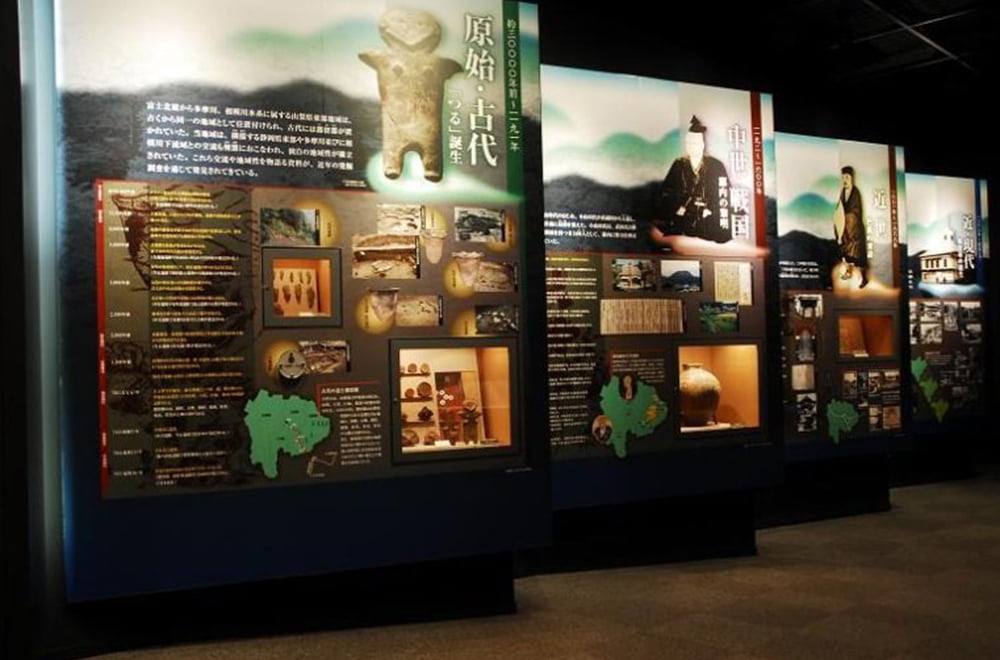 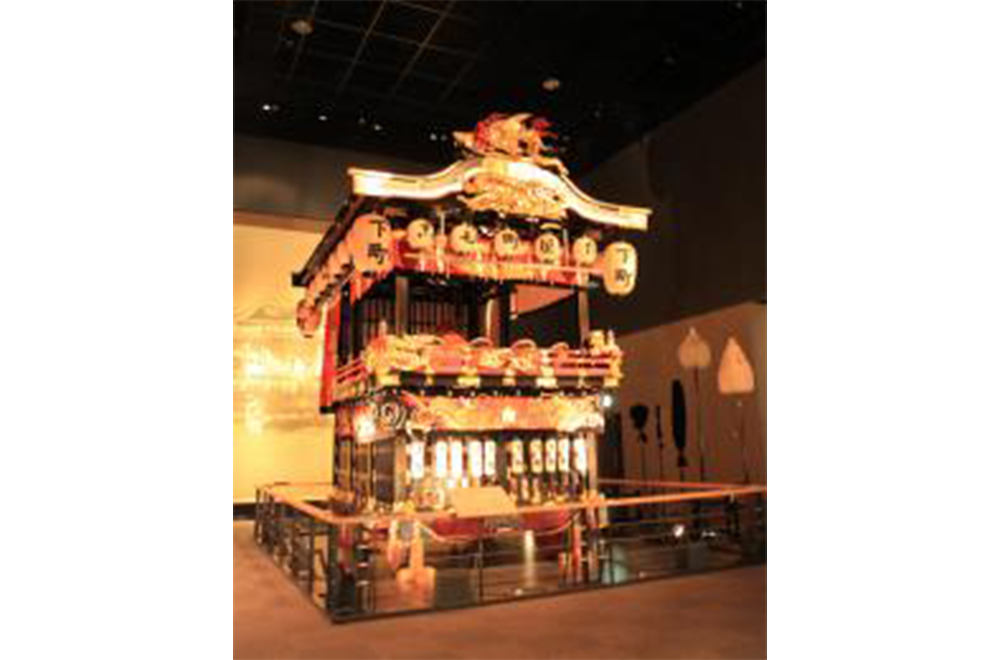 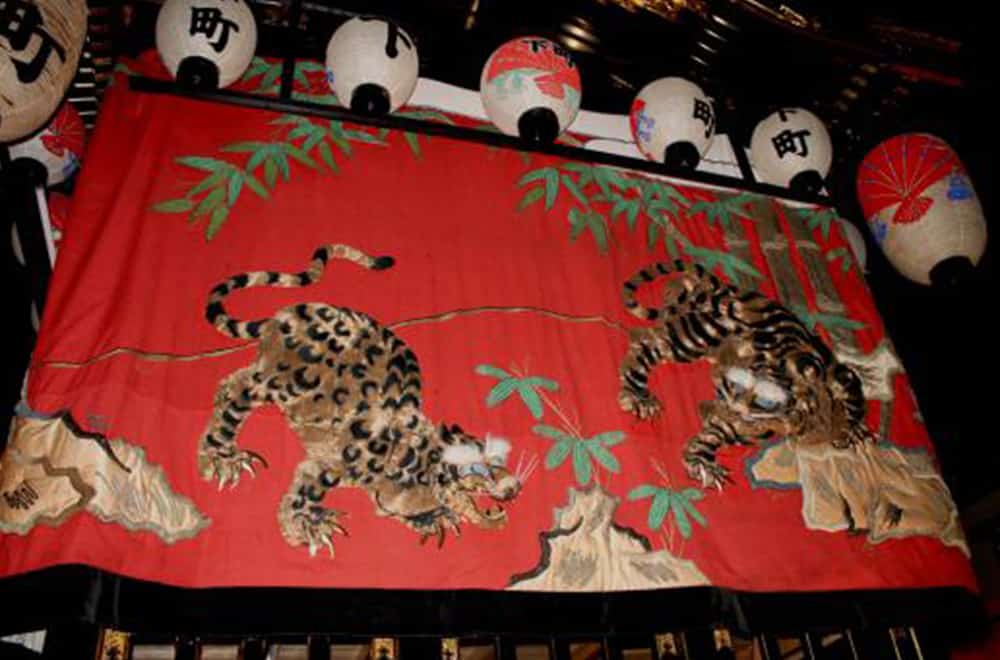 This local history museum serves as a curator of the myriad of stories and legends surrounding Tsuru and its surrounding area.

The facility uses multimedia, displays, and dioramas to take you on a journey through time, going from relics of the ancient Jomon Period (14,500–300 BCE) to when the town bustled below Katsuyama Castle in the Edo era (1603–1867).

The museum’s high ceilings also give it ample room to house larger displays, including an actual float used in the city’s annual Hassaku Festival. It is decorated in full regalia and presents an opportunity to see the intricate detail and craftsmanship from a bygone era that is difficult to find today. 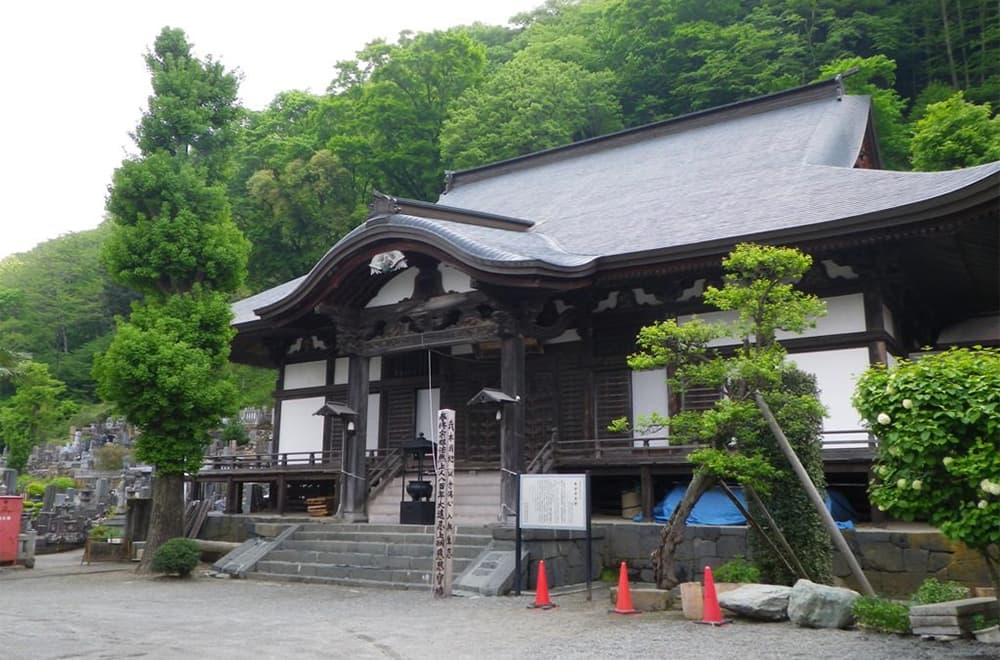 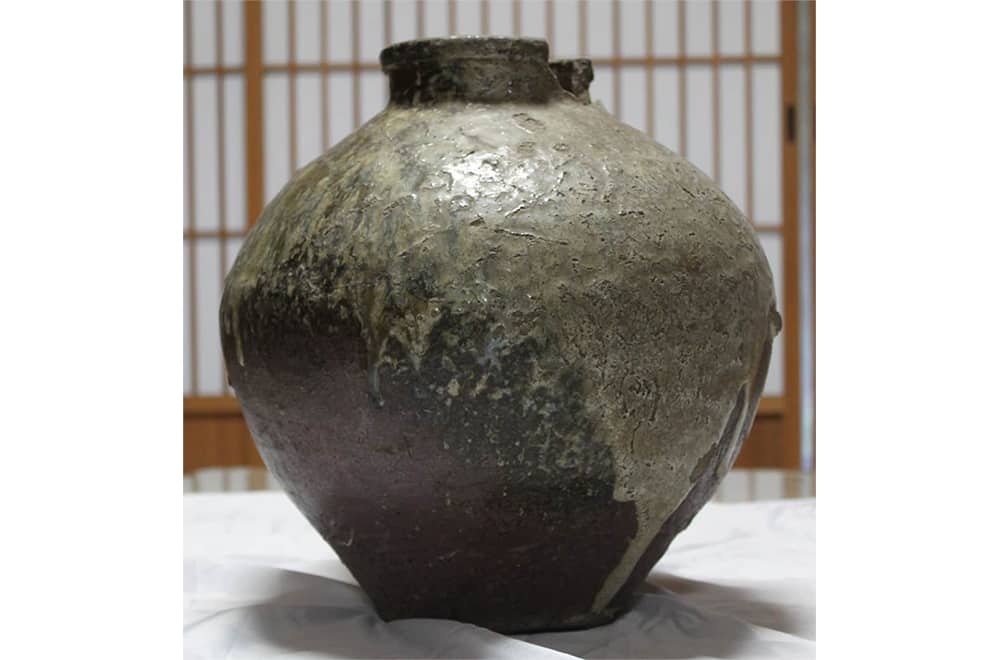 Before it was a temple, Choan-ji was actually a villa belonging to the regional lord, but following his downfall, control of the area was given to Torii Mototada, one of shogun Tokugawa Ieyasu’s greatest generals.

Upon meeting a high-ranking Buddhist priest named Seiyo Kantei, Mototada was so impressed that he decided to convert the residence into the temple it is today, completing it in 1585.

Seiyo’s reputation was such that Ieyasu himself even suggested he oversee religious matters in the area, but the monk politely declined the honor and instead Ieyasu gave him a simple tea urn, which is stored at the temple.

Choan-ji Temple has seen several structures lost to fire more than once over its several centuries of existence, but the main hall was rebuilt in 1725, making it the oldest in Tsuru with a confirmed date as well as one of the most revered in Yamanashi Prefecture. 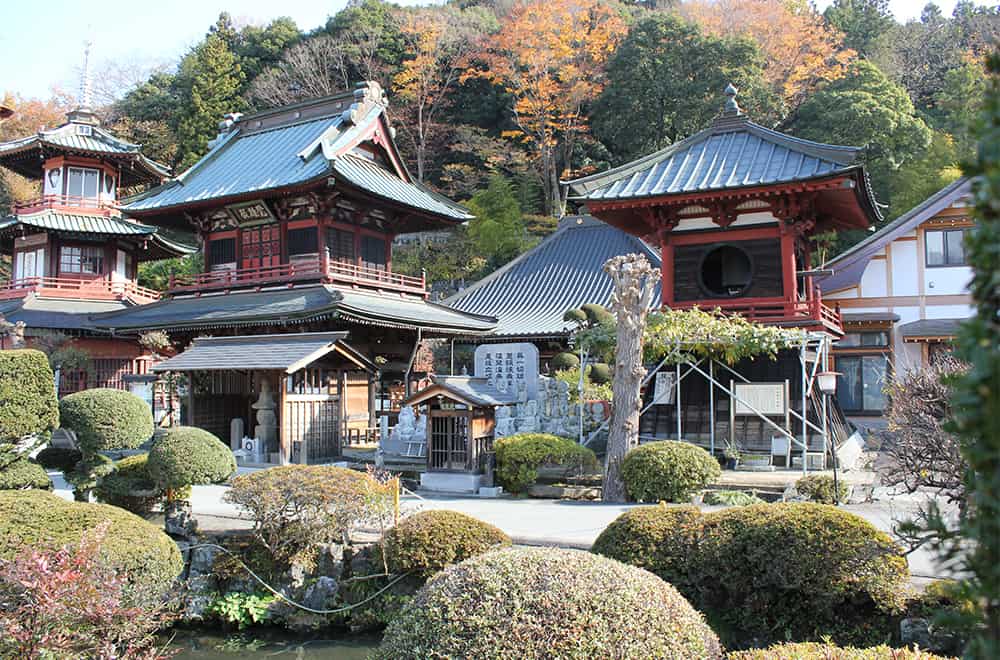 Believed to have been constructed in 1467, the temple was moved to its present location in 1633, renamed Enzuin, and converted to Soto Zen Buddhism by the order of Akimoto Yasutomo, the ruler of the Yamura domain (present-day Tsuru) at the time.

Enzuin boasts many structures built during the Edo Period (1603–1867) that can still be seen today, from the main gate to the bell tower

The bonsho temple bell is one of few that managed to avoid the unfortunate fate of being melted down to produce munitions in wartime, hence boasts over 300 years of age.

The 6-meter stone bridge that spans the pond is a type once seen in the town hundreds of years ago, one of which was moved and restored at the temple.

In the Footsteps of Great Poets 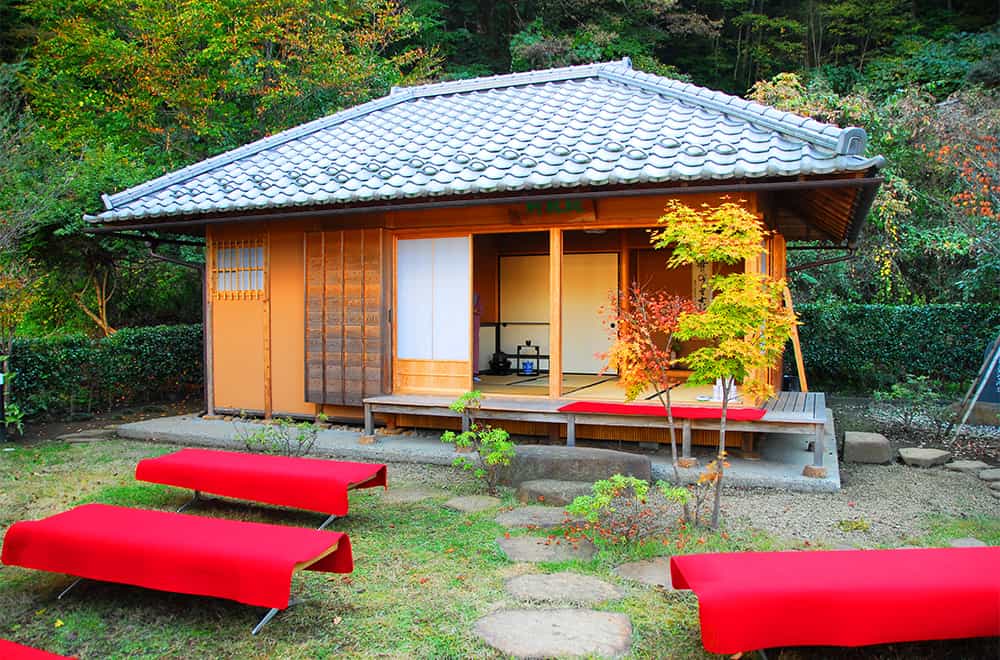 After his home in Edo (today’s Tokyo) was lost in a mass-fire in 1682 that destroyed much of the city, famed haiku poet Matsuo Basho (1644–1694) was invited to stay in Yamura (present-day Tsuru) by his pupil—and chief retainer to the region’s daimyo feudal lord—Takayama Den’emon.

During his five-month stay, Basho stayed at the Tourinken (“Peach Grove House”) and he and Takayama held many poetry gatherings during which many now-famous verses were composed—you may see one of the nine stone monuments bearing these famous haiku.

Basho, who found inspiration in the nature he saw and experienced as he wandered the country, was said to have been deeply moved with the beauty of Yamura.

While the original building was lost ages ago, it is recreated here as a place to remember one of Japan’s greatest poets.

A Stroll Through History

It’s possible to take a leisurely walk through Tsuru and see many of the city’s historic buildings, including some when it was still known as Yamura.

Starting at Tsurushi Station and ending at Yamuramachi Station, the entire route is about 3 km long and is the “full course” of historical sites to see on foot, taking about 2.5 hours to complete if you take your time.

From the station head to the Enzuin Buddhist temple, on to Tourinken, then the Mercantile Materials Hall.

Next, visit the storehouse for the floats used in the Hassaku Festival, then Museum Tsuru and the Katsuyama Castle ruins for an overlook of the whole city before making your way to Yamuramachi Station. 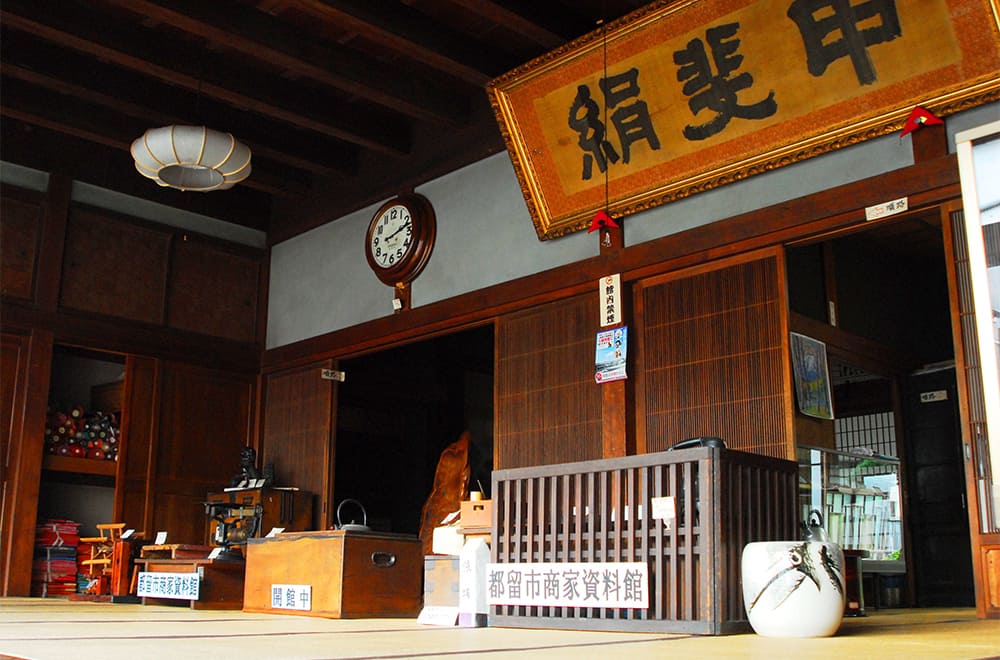 Back in 16th century, three generations of the Akimoto family of retainers under the Tokugawa shoguns transformed Yamura (today’s Tsuru) into a center of silk making, and silk from the region became famous across the nation for its quality and affordability.

Centuries later in 1921, prominent Tsuru silk merchant Nishina Gentaro built this building—it took six years!—as his home and business. Inside, you’ll find numerous traces of the Taisho Period (1912–1926) that have been well preserved, from the intricately carved kumiko panels to the Japanese paper sliding doors. The Western-style reception area in particular was extremely rare for its time.

You can see antique furniture and appliances like an old bread-making pot and udon noodle grinder, and other everyday items of the era. 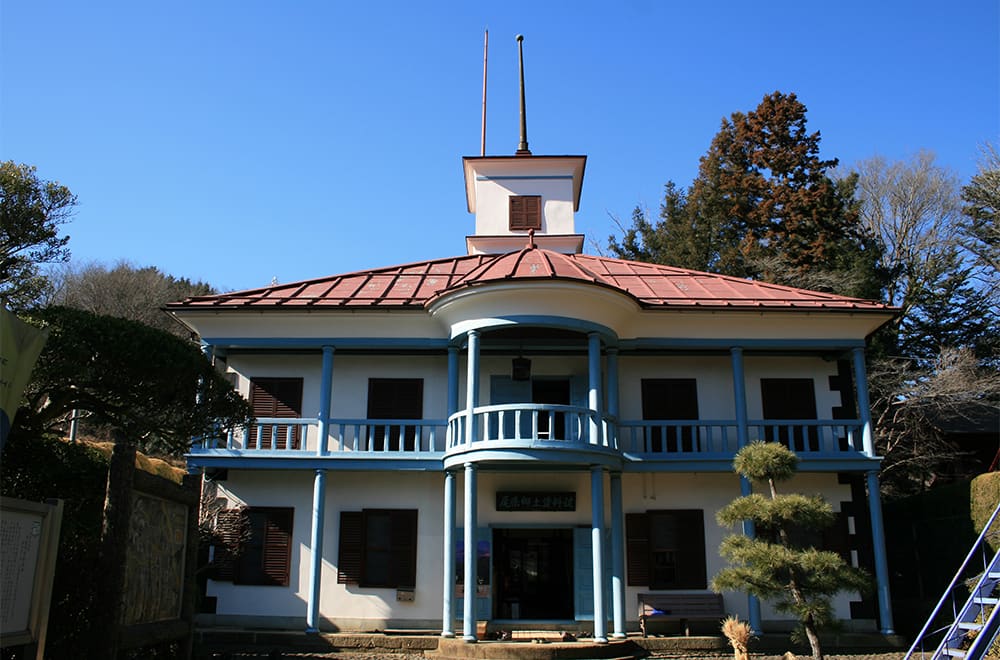 The Ogata Elementary School was originally built in 1878 and after educating youths for just over 60 years, it officially closed its doors in 1943. But three decades later, it was restored and reopened as the Ogata Local History Museum it is today.

The building itself stands as one of the few early examples of Giyofu architecture (imitating a Western exterior using Japanese techniques) that became more commonplace in the Meiji Period (1868–1912). However, to the locals, this was called “Fujimura-style” architecture since the governor of Yamanashi Prefecture at the time did much to promote it.

The museum features a recreation of 19th century teachers’ room, classroom and sewing room, and has an archive of precious articles related to education and folklore from when it was active as a school, giving you a peek into what everyday life was like for a kid growing up in Tsuru over a century ago.